A graduate of the United States Naval Academy, Ernie Medina holds a Bachelor of Science degree in Mechanical Engineering with a specialization in Thermodynamics.

As a decorated U.S. Marine Captain who proudly served as an infantry officer for eight years, his time as a platoon commander, operations officer and executive officer allowed him the privilege of commanding and supporting upwards of 1,200 Marines at home and abroad.

Also, a certified NRA pistol instructor, Ernie has been a high-level combatives and weapons expert for nearly 30 years.

Today, he is one of the most trusted firearms experts and trainers in Orange County, California due to his vast experience in the field, personalized training strategies and consummate professionalism. His highly-skilled training and extensive credentials allow him to train other instructors, which means he’s able to teach even the most efficient marksman how to be superior weapons experts. 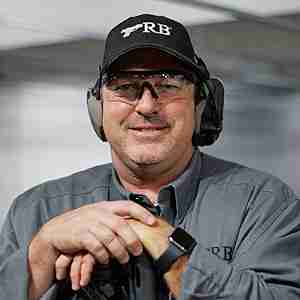 Born and raised in California, Mr. Ed Craig has always had an interest in security minded matters. As a career cyber security specialist, Ed knows the importance of being aware of what kinds of threats exist, and how to defend against them. So naturally, he would also find interest in self defense and firearms training.

On his spare time, he is a licensed private pilot, loves to scuba dive and is an avid golfer. We’re fortunate to have someone like Ed for his extensive knowledge, passion for teaching and keen eye for detail on the TRB team! 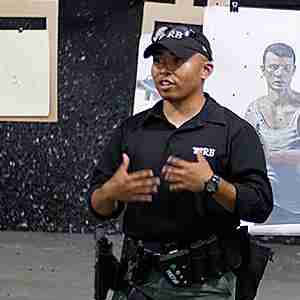 Brendon was born and raised in the Philippines and has been around firearms his whole life. His father was a Lawyer and an avid IPSC shooter. In 2014, Brendon migrated to the United States in search of better opportunities.

In 2017, Brendon enlisted in the United States Marine Corps where he currently serves on active duty as a Combat Engineer. To date, he has established himself as a decorated Non-Commissioned Officer (NCO), earning the rank of Corporal. His past duties and assignments include: IED detection and Team Leader with Mobile Assault Company and Reconnaissance Platoon; Security Support for US Border Patrol services at the United States Southern border; and Training Advisor for Middle East foreign militaries in counter IED tactics. Through his experience in the Marine Corps, Brendon has gained a high level of proficiency in weapons handling and infantry tactics in addition to his skills as a Combat Engineer. Brendon currently serves as a Training & Licensing non-commissioned officer, passing along his knowledge and ensuring the readiness of his fellow and younger Marines.

Subscribing as a lifelong student of the shooting arts, Brendon has trained outside of the Marine Corps, becoming a certified USCCA instructor as well as an NRA pistol instructor and continues to enhance his skills. In addition, he enjoys sharing his skills with new and experienced shooters through TRB, finding great personal satisfaction in his students’ growth and success. 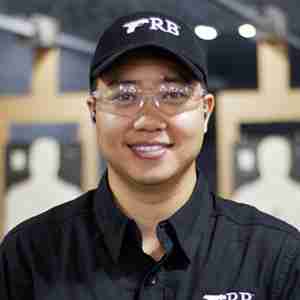 Certified NRA Instructor and USCCA Instructor, Stephen was born and raised in California, has been shooting since 14 years old, and consistently training year in, year out to better himself and better the people around him. Working full time while being a Respiratory Care Therapist Student, Stephen volunteers on weekends, teaches Bible School in his community, and is constantly pursuing opportunities to better himself and to better educate those around him. Working in private security and the firearm industries for years, Stephen is always excited to help people better prepare themselves by helping them build a solid foundation for self-defense through awareness, strategic planning, and training. Defensive Shooting, CCW, and Home Plans are only some of the courses/plans that Stephen is passionately trying to promote that would help give people a peace of mind. 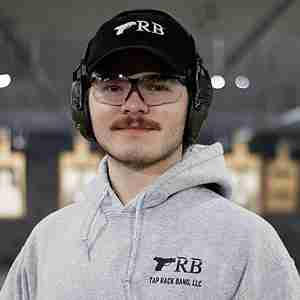 Originally introduced to firearms by his father, a current Sergeant in law enforcement, Riley has been training with firearms since he was a child. Having a father invested in law enforcement, he learned the importance of self defense and protection of others at an early age. Riley strives to promote safe firearm practices and create confident handling skills in firearm owners. He is a DOJ and NRA certified instructor. A current performer for the Walt Disney Company, Riley has also danced professionally with Pennsylvania Ballet and Orlando Ballet. Committed to the safety and well being of others, Riley spends most of his free time training and further educating himself, to better share his knowledge with others.

A graduate of Liberty University, Ryan Bartholomew holds a Bachelor of Science in Criminal Justice.

Ryan is a U.S. Marine Corps combat marksmanship instructor trainer and expert in both the rifle and pistol and a 1st degree Black Belt Marine Corps Martial Arts Instructor.

Subscribing as a lifelong student of the shooting arts, Ryan has trained outside of the Marine Corps, becoming a certified NRA pistol instructor and continues to enhance his skills. Additionally, he enjoys sharing his talents with new and experienced shooters through TRB, finding great personal satisfaction in his students’ growth and success. 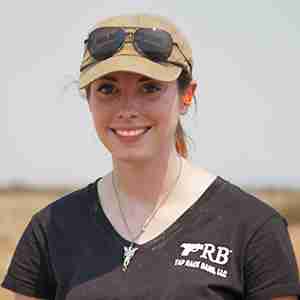 Originally from a small town in Maine, Carolann grew up spending much of her time outdoors. There she enjoyed activities like camping and hiking, developing and interest in survival skills. After obtaining her Bachelor’s degree at Berklee College of Music she moved to Los Angeles where she discovered her passion for firearms and started training. Since then she’s followed the desire to develop her skills and educate and inspire others. She is particularly excited about encouraging other women to become confident and capable with firearms. Not only does she aim to communicate the enjoyment of the sport, but also the practical self defense applications. In her free time she continues to train, compose music, and enjoys being in nature and traveling. 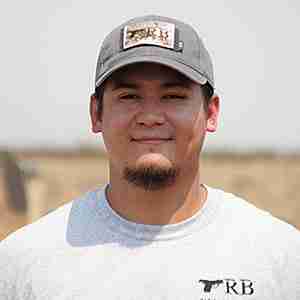 TAP RACK BANG TRAINING OPERATES IN ACCORDANCE WITH FEDERAL LAW AND AS A RESULT CAN ONLY WORK WITH AMERICAN CITIZENS WITHOUT ANY FELONY CONVICTIONS.